My year without alcohol - A reflection 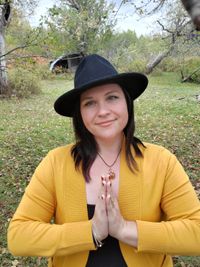 My year without alcohol

Today is my one year soberiversary.  Let me tell you more and how I came to this lifestyle change.  This is only a slice of the story intended to bring you up to speed of my experience and what triggered this decision. I thank you for taking the time to read and hope that if anything it helps you find your own strength to make a much needed change no matter what that is.

Leading up to my decision to abstain from alcohol, I took a few months to really dig into my habits after a very traumatic experience. I noticed what I was doing, who I was spending time with and how I felt after drinking. I was liking it less and less all the time.  The hangovers, wasted money, late nights, questionable sexual partners and after parties were far too common in my life. But why? For the most part, I had a good life with my kids, fully self employed, had what I thought were good friends and I had my “Shit together”....... But did I?

It kept crossing my mind. So let me share with you one reflection after going out was this.  I wasn’t sad or celebrating anything. It was just a Friday night with nothing to do. I had a bottle of wine at home and then got the urge to be around people so I cabbed uptown to a bar, had two drinks and was hit on by an ugly weird guy so I left and went to get food of course. It was two slices of pizza and a poutine. The next day I woke up, hungover feeling like absolute trash. I noticed a bunch of food left over and also checked my bank account. I had over tipped the cabbie by mistake by $12.99 and when I did the running total of the night with cigarettes included it added up to about $80!  What the hell?  I did this a few times a month and not to mention the random nights at home that I’d be sipping while hanging with friends or writing grants or songs so add 10-20 per night when that happened.  Something hit me after those calculations.  I realized that when my kids asked for something that was say, $15.00 I’d say “oh no I can’t afford that”  But somehow I made myself afford a night of NOTHING for $80?  I felt like the worst parent ever and a liar.  That's not me!! Also I was starting to have far more fuzzy nights where I couldn’t remember what had happened and wondered why I hurt. Friends would tell me how I fell down because I drank too much and I was getting increasingly emotional during those times. That wasn’t a good thing at all. Something needed to change.

I am hard pressed to label myself as an alcoholic but if I’m being honest I did experience alcohol abuse and habits that were costing me in more ways than money.

Over the summer and early fall I was digging into what was really happening.  Although it seemed harmless because I didn’t drink every day and my bills were paid but my underlying issues were presenting themselves far too often.  In the past 25 years since I started indulging in alcohol I had mostly been a happy social drinker, party girl and the bubbly outgoing fun social butterfly to drink with. Not afraid of anything after a few drinks and was totally a YES girl. It was rare that I lost my shit or didn’t remember anything (Except for that time that I drank 3 shots of Absinthe at Jessy and Pete's Christmas party and had no clue what was happening!). Mostly I was a good time.

Looking back I’d say over the past 8 years a compounded problem was  creeping up on me.  It was the people I surrounded myself with, bad habits and unhealed trauma that were keeping me in a holding pattern. As I looked back at who I spent the most time with, how I spent that time and the situations that caused me pain I realized that I had some major healing to do.  Two toxic emotionally abusive relationships, my dad almost dying, toxic codependent friendships and self sabotage needed some healing attention.

The months leading up to quitting drinking were important to see the holding pattern I was in.  Then one day I was on facebook and saw a post from my musician friend Vanessa whom I met in 2018 in the hotel we were both staying at after our shows for Canada Day in Fredericton.  Well on October 8th  of 2019 she posted about her “Soberiversary” and I immediately messaged her and asked how she did it and told her I had been really thinking about cutting it from my life.  She called me and we had a great chat about our experiences.  Especially being musicians and exposed to so much alcohol over the years!  Our convo became the one thing that helped me to pick a date and give it up.  I chose Thanksgiving as my date.  October 14th to be exact. She was so excited for me.  It was incredible. I didn’t have any friends who were excited for me not to drink! Wow!

So over the next week I mentally prepped to give it up.  I went to Fredericton for the weekend and spent time with family and friends for the holiday weekend.  Then when I came back on Sunday I planned to get drunk…..this was going to be my last hurra for a while. There was an open mic at McGills so that's where I was going to go get silly and sing songs.  We closed the bar, I went to an afterparty and at 4am it was time to go home. I called a cab, crawled into bed and slept.  I woke up with a gross hangover and felt every single part of it.  The headache, the tired sluggish feeling, the craving crappy food, the overall BLAH!  I wanted to because I needed to really take note of how I DIDN”T want to feel.

When I made the decision I honestly didn’t know if I’d give it up for a week, a month, a year or forever.  Now here I am one year later with ZERO desire to drink again.  I have no good reason to.  I really dug into my healing though lots of counseling, life coaching and self help. I took care of my physical and mental health better than I ever had in my life.  I also quit smoking 3 months after giving up drinking.  My vocal health is so much better and some of my voice issues corrected themselves since.  My musical life over all has improved over all too and I’ve been focusing on my new record so much!  I’ve lost weight, look better and feel better now than I have in years.

I no longer crave a weekend so I can drink wine. When I'm upset, I don’t need drinks to “Get though”. No need for prosecco to celebrate anything because I’m happy with my sparkling water.  Most of all no bad decisions based on alcohol and false confidence.

So will I drink again?  Who knows but as I sit here today reflecting on just how good my life is now, I can not formulate any reason why it makes sense in my life when I am completely and truly happy without it.

This next year will be more focused on forgiveness. Something that I struggle with.  Forgiving those people that hurt me. I also need to work on forgiving myself for putting myself in harmful situations and trusting the wrong people. That was a past version of myself that I still love and have compassion for.  She did what she thought was right at the time, she wasn’t informed and I can’t be mad at her for loving and trusting the wrong people. Now this version knows better, is stronger, happier and is proud of herself.

This wasn’t an easy thing to write. It is only a mere slice of my story but I wanted to share the important parts of my journey.  Vanessa was open about her path and that led me down mine so please reach out if you are in need of an ear!