Today Friday, October 14th marks my 3 years without alcohol. I clearly remember that I had been thinking about giving it up for months before and took the time to evaluate my habits and how they were linked to my emotions.  I had been through some traumatic experiences along with the compound effect of insecurity & imposter syndrome it was clear that alcohol was not the best idea when I was in much need of some healing. I realized how much it held me back in my musical life as well.

Luckily my musical sister and friend Vanessa (Goodnight Sunrise)  had posted on Facebook how she just celebrated her soberaversary of one year and shared her story. I was so inspired that I reached out to her. She called me right away and we talked about our experiences. She told me how she came to the decision and set a date to give it up so I did the same thing and picked October 14th.  I had one last hurrah on the 13th by going out and getting good and drunk, woke up hungover for the last time!

Since that day I have constantly affirmed that I made the right decision because I have seen such an improvement in all facets of my life from my emotional, financial and professional life. When I look back I know that my relationship with drinking wasn’t a problem till it was. Although I didn’t fit the description of a textbook alcoholic it was progressing to a point where I could see it was a form of alcohol abuse that had been building up. Previously I spent time with other people who drank, a lot, and probably stayed in that environment because of some co-dependency and not properly dealing with my trauma. I knew it was time to take it all on and get myself back to a place where I was being my fully authentic self but to do that I had to FEEL all the feelings.

As a bonus to kicking that habit, within three months of giving up alcohol I managed to kick my smoking habit. It was so associated with drinking/being drunk. I would not smoke through the week sometimes and then come the weekend if I was having a few, I’d convince myself that it was ok if I was drinking then it led back to full-time smoking so when I removed the catalyst I wasn’t tempted to smoke.  I was staying out way too late, had spent time with questionable people and on top of that, the money I would spend on drinks wasn’t serving my financial goals. When you look at how much one night out costs with drinks and cigarettes I’d drop $50 to $100 and not have an issue with it at the moment but yet claimed I couldn’t “afford” certain things. 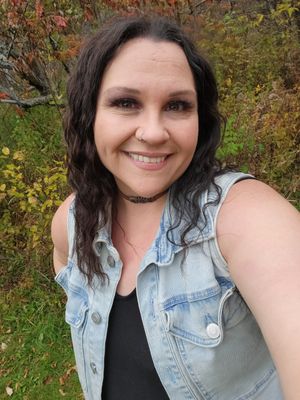 I can’t finish this blog without telling you the truth about how it affected my music career. If you are not familiar with my industry as a musician, well we have a lifestyle that is associated with it that defiantly involves booze.  We play in bars, have liquor and brewery sponsorships, free drinks all the time, etc.  These are not bad things it's just the way it is. I honestly didn’t drink much when I performed. I’d have a sip or two but that was it.  It was more so after and including being at some of our conferences where I’d be there for a few days and exhaust myself from staying up late and partying with various people. That would mess me up if I had meetings and showcases.  There was one year in particular that I think I stayed up till 5 am and fell asleep in someone else's hotel room and because I had barely any sleep, was dehydrated and smoked most of the night…..I sounded like garbage…at my SHOWCASE!

I was embarrassed, disappointed, and frustrated yet carried on for a few more years, and guess who hasn’t showcased at that conference since?  Is it connected? I’m not sure but regardless if anyone from the industry was in that room that night I don't blame them for not jumping at the opportunity to work with me.

I finally woke up and realized all of these things…I was mad at myself because I have two kids who deserved better than that. It was time to step up and put my family first and to do that I had to get myself to a healthier headspace!

So that being said, I feel like I have had to work twice as hard to get back to the real level of my ability as a creator and with my most recent work, I know that none of it would have been possible without kicking the booze habit. I have had a lot of personal successes this year and want to keep the momentum going so you likely won't see me picking up a drink for a very long time if ever unless its a delish Libra non-alcoholic beer or mocktail!  I drink a lot of sparkling water and coffee anyway.

If you are an artist on the East Coast there is an incredible peer support program through ECMA Wellness that meets bi-weekly you can attend and it is a safe space if you are looking to reduce your usage or give it up completely and Unison Benevolent Fund has resources for you free of charge as well and also please reach out to me directly if you ever have questions or want some encouragement of your own and I would be more than happy to personally be there for you.  (contact link below!)